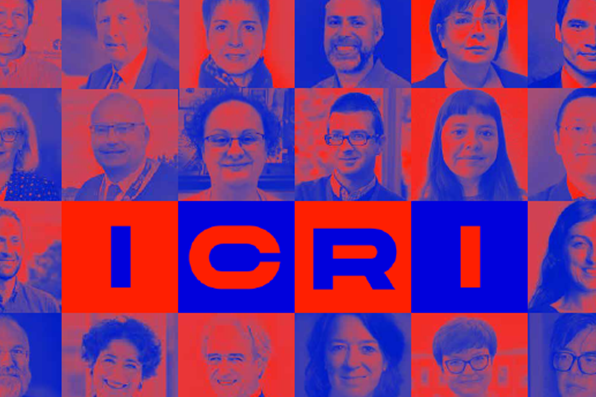 With less than three weeks to go until the start of ICRI 2022, we are pleased to announce that the roster of nearly 100 speakers is complete.

With less than three weeks to go until the start of ICRI 2022, we are pleased to announce that the roster of nearly 100 speakers is complete. In addition to the usual suspects, there are a few names that particularly resonate within the organising team.

We can name the EMBL Director-General Edith Heard, who will be speaking on the first day of the conference in PLENARY 2: Research Infrastructures Addressing Grand Societal Challenges on COVID-19 and pandemics of infectious diseases. She will be joined in this session by Franciska de Jong, Executive Director of CLARIN ERIC, Ruxandra Draghia-Akli of Janssen Pharmaceuticals, and Pierre Delsaux, who heads the European Health Emergency Preparedness and Response Authority established last year to prevent, detect, and rapidly respond to health emergencies.

Another topic of the plenary sessions falling under Global Societal Challenges is the Environment, climate change and mitigation. We would be honoured to welcome Mary-Jane Bopape, the managing director of the South African Environmental Observation Network. As a leading African meteorologist working on climate change and co-recipient of the 2008 World Meteorological Organization award for young researchers, she was listed as one of the most influential Africans of 2021 by the New African magazine.

Speaking about climate change and the environment, coming from Australia will be Hugh Possingham, who helped to end the land-cleaning in Australia‘s Queensland, thus reducing greenhouse gas emissions. Also, he co-developed Marxan, the popular software for systematic conservation planning used all around the globe.

Obviously, we can't name everyone in one article – for that purpose, head to the Speakers section, but we will mention the name of one of our own. ICRI 2022 will be moderated by Daniel Stach, who is at the same time one of the speakers on the topic of communication. He is a Czech science journalist working for the public Czech Television, and he was awarded the Vojtěch Náprstek Medal for Popularization of Science by the Academy of Sciences of the Czech Republic at the age of twenty-eight, making him its youngest ever recipient. We are sure that in the company of this journalistic professional, all the speakers will be in good hands!

Find the updated programme and the speaker´s list HERE.