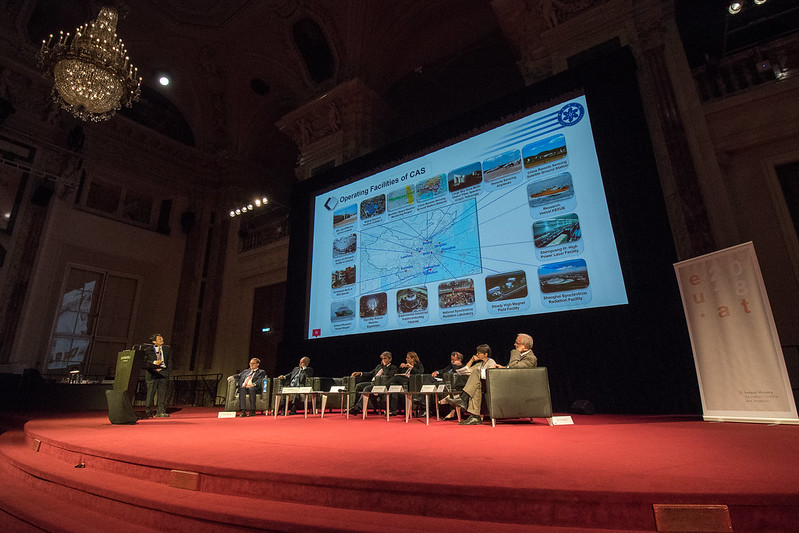 Before ICRI, there was the ECRI. Agnès Robin of the European Commission´s Directorate-General for Research and Innovation remembers how ICRI became international!

‍This year´s ICRI in Brno will be the sixth in line. In ten years, since Copenhagen in 2012, the conference has definitely come a long way. And let´s not forget the early years during which the conference was held on a European level. We chatted with Agnès Robin of the European Commission´s Directorate-General for Research and Innovation, who has been there since the beginning when ECRI became ICRI. To remember the motivations and challenges related to the ambitions of having the conference really international. Many of them are still relevant today, as is the need to share and cooperate.

Do you remember when and where the first idea for ICRI came from?

What was the primary motivation and goals for the newly established conference back then?

There were two sides. If I remember correctly, one aspect was related to the Group of Senior Officials on Global Research Infrastructures – formed following a G8 meeting in 2008 – developing a framework for a coherent and coordinated worldwide development and operation of global research infrastructures. ICRI was the opportunity to inform on this work and test ideas. The second motivation was to not only focus on developing the research infrastructures themselves but also address the issues related to global challenges like climate change, health or energy. The conference became more challenge-driven, while most of those challenges are global by nature.

The conference became more challenge-driven, while most of those challenges are global by nature.

‍What were some challenges when organising the first ICRI in Copenhagen in 2012?

Since it was organised in Europe, it was easier to build on the experience of ECRI, and there actually weren´t many challenges. It was initially difficult to attract and convince non-European countries to be a part of the conference’s Programme Committee or identify the right persons to ensure all regions of the world would be represented. Maybe it was a matter of time and making clear what the purpose of the conference actually was.

Even though the situation has improved and the ICRI is renowned worldwide, some regions are still challenging to reach…

I remember that for the first ICRI, the Programme Committee members from South Africa and Australia were very active. Later, we could involve other countries in the Programme Committee e.g.  Canada, that offered to host an ICRI, which unfortunately became a virtual event in 2021 due to Covid-19. With time, the involvement of many regions of the world is indeed easier.

Do you feel that the organisers of ICRIs are learning the lessons, the conference is getting better, and its reputation is getting stronger?

Although it might be difficult to assess, I do feel the conference is well established and recognised and a very effective way to take stock of what is going on in different regions, of the progress on international/global initiatives as well as identify better common challenges and solutions. But I also feel that there´s maybe an issue with the research infrastructures landscape and the initiatives happening in Europe that might be relevant on a global level, but not always or not evolving at the same speed. For the European participants, there are many activities that are going on, and they want to discuss, while the cooperation at the international level may be more about long-term policy, high-level direction and objectives. So it´s sometimes perceived as less focused on immediate and concrete action. A challenge is to identify subjects of discussion that are not specific to the European context. In my view, the successive ICRIs have been very successful on this matter, and the announced programme of ICRI 2022 in Brno is very promising. I particularly like the mix between cross-cutting topics and challenges/thematic ones, between high-level policy sessions and quite technical discussions. Actually, the challenge (for the audience) will be to select among very interesting sessions taking place in parallel.

The announced programme of ICRI 2022 in Brno is very promising. I particularly like the mix between cross-cutting topics and challenges/thematic ones, between high-level policy sessions and quite technical discussions.

What does, in your opinion, make a good ICRI?

Thinking about the first ICRI in Copenhagen, for me, it was a great success because it launched a process to discuss policy on research infrastructures, best practices to identify priorities and joint investments in an open way with a broad audience: scientific communities, research infrastructures, government representatives and funding agencies. In particular, it raised awareness outside Europe on the ESFRI process, the discussion on the life-cycle of infrastructures, performance indicators and its impact on addressing global challenges. Experience in the context of multi-country initiatives other than large international scientific programmes was not so present in other regions. What makes a good ICRI is, among others, a broad spectrum of speakers and participants from different regions, of course, but also from different perspectives (operators, funders, users and stakeholders from different sectors). And that you leave the conference having learned from other regions and with ideas for possible cooperation on a subject that matters to you. I have no doubt ICRI 2022 ticks all these boxes and many more.